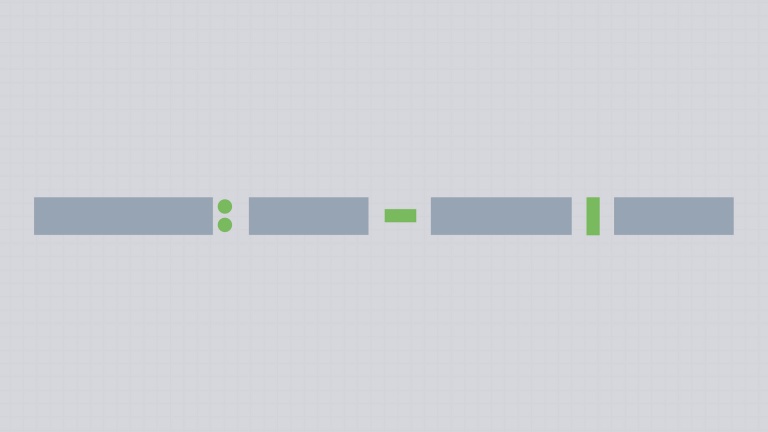 SEOs have a hard time selecting the best separator for keywords in title tags. With so many symbols to choose from, the struggle is real. We will set the record straight and help you put an end to your dilemma, once and for all (hopefully).

Let’s start with the three most often used separator symbols:

The bar is my go to separator in many cases for reasons explained throughout this article. In short, it is more visually striking in search engine results links (in my opinion). Bars use fewer pixels than dashes (more on that lower in the article), and clearly do what they intend: which is to separate words or phrases from each other.

The dash, more formally known as a hyphen, is my second most used separator. It also clearly separates words or phrases, and looks pretty good in search results. Where I typically use a bar to separate brand names from other keywords, I usually use hyphens a bit differently. It’s common to have three sections in a title tag (space permitting). One being the brand name, and if the other two sections are some how hierarchically related, I tend to use dashes.

The colon is my third most used separator, but used far less frequently. The colon can separate your brand name from keywords, or when one keyword/phrase explains the previous keyword. Very rarely you have a list of things in your title (not recommended unless necessary) and a colon introduces the list. The colon can save some precious pixel space also, because you don’t need a space before a colon like you do with bars and dashes.

Which title tag separator is best?

The separator you use is ultimately a personal choice. The only thing close to a guideline from Google is from this Webmaster Tools era article from 2007 that is still available at the time of writing this here:

…consider including just your site name at the beginning or end of each page title, separated from the rest of the title with a delimiter such as a hyphen, colon, or pipe, like this:

The three separators Google mentions are hyphens, colons and pipes. Three great choices in my humble opinion.  This has more to do with how to use your brand name, but it’s the only official word by Google that I’m aware of on separator usage.

Of course, you aren’t limited to just those three choices. There are several other separators that aren’t used as often, but they are definitely seen in the wild:

Fun fact: en-dash and em-dash get their names from their widths, which are approximately the same lengths as the letters n and m respectively.

I personally don’t use these in title tags, mainly because I can never remember how to type the weird Alt + number combinations. I’d have to do a search, and copy and paste one into my title. I had to do that for the above examples on this page.

If you are great at memorizing random strings of numbers, and really want to use en or em-dashes, by all means, do it.

Commas are appearing in the wild more and more frequently as of late, and from Google’s perspective, commas are perfectly fine as separators. Underscores are the only symbol that Google has said is not a good separator, because they are used for connecting text usually, not separating text.

If you use Yoast SEO plugin for WordPress, you have several more symbols to choose from for the default “Title Separator.”

So wherever you use the %%sep%% variable in your titles and meta descriptions, it’s replaced with your choice from that list.

Update: As of Yoast v17.1 (September 2021) the bar | and tilda ~ symbols have been removed as title separator options. Yoast has noted in the changelog they have been removed because “Google frequently replaces these in search results.”

Each separator has a different width in pixels. This is one reason some SEOs choose bars or colons over other separators. The width of a bar in pixels, is only about half the width of a dash. So if your title tag has two separators in it, which is common, you will have less space available for keywords if using dashes.

The first title, with all narrow characters and separators, has 125 characters. The second example has only 40 characters, but they both use about the same amount of horizontal space. As you can see, characters visible in SERPs will vary widely before they are truncated.

I’m running a CTR test using Colons vs Bars vs Dashes, and will update this article when the data comes in. My hypothesis is that CTR is not greatly affected by separator alone. It would take a very competitive search query to be able to get any statistically significant data one way or the other. Changing separators periodically may skew the findings so we will be running the test over several pages and try to minimize the changes.

Click through rates are more affected by lower and uppercase usage, action words, and length. These are the types of things that you should test for increased clicks.

Other related strategies, seen more frequently lately, is the use of brackets [ ] and parentheses ( ) to add emphasis at the end of a title. For example, you could add something like (2018) or [Infographic + Guide] to make that word or phrase stand out a bit more. Another strategy, that is less about word separation, and more about drawing the user’s eye to a result,  is to use certain emojis or unicode characters. Use with caution, and think through the entire impact this may have on your brand, before going too crazy with it.

Separators can be a time suck when you can’t keep those perfectionist tendencies at bay. Use a preview tool when creating your titles and go with your gut. Happy optimizing! 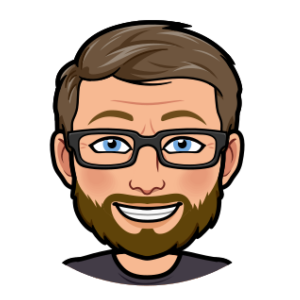